End-of-Life Conversations Can Bring You and Loved Ones Closer - Bethesda Health Group Skip to content
Alert
Bethesda is implementing a policy in which all employees are required to be vaccinated with the COVID-19 vaccine by Nov. 1. 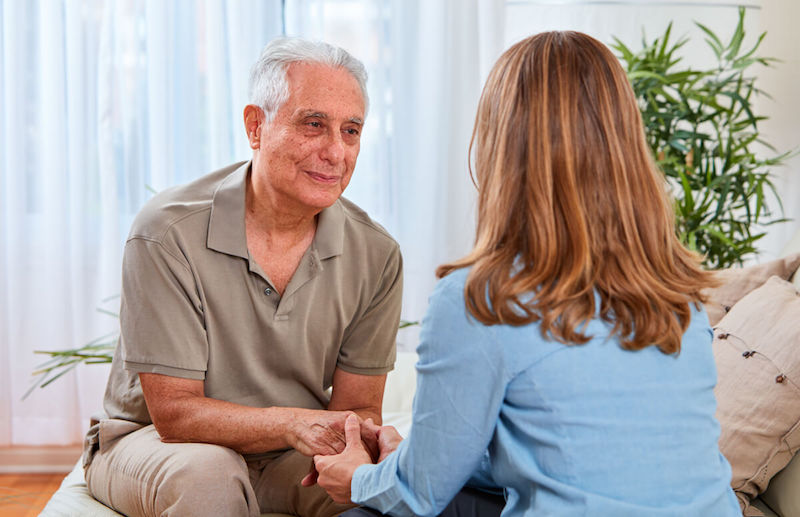 End-of-Life Conversations Can Bring You and Loved Ones Closer

Before his mother, Dee Dee, died from emphysema in 2009, Larry Sernovitz spent a lot of time at her bedside, keeping her company. Toward the last few days of Dee Dee’s life, she wasn’t very responsive, so her son didn’t expect to connect with her meaningfully anymore. During one of the final visits, Dee Dee had mostly rested, and the two hadn’t interacted much. So Larry was surprised to get a phone call from his mom the next day.

“She sang, ‘I just called to say I love you,’” says Sernovitz, a rabbi in Cherry Hill, N.J. “I don’t know if I fully realized the power of that moment. She bounced back. She was singing to me over the phone. Within the next day, she was gone.”

Dee Dee had sung to Sernovitz often while he was growing up, but her melodic phone call toward the end of her life was an unexpected surprise.

“I said, ‘Thank you so much. I love you, too,’” Sernovitz says. “I didn’t fully realize what was happening: She was beginning to say goodbye. She just wanted to let me know, even though I didn’t realize it at the time, that no matter where she goes, she’ll always love me.”

At the end of life, many people choose to tie up loose ends, to make sure nothing critically important is left unsaid to the people who matter to them most. They may feel it will help them die peacefully, knowing that no loved ones will have any doubts about their feelings.

“Those are opportunities for people to take stock and say, ‘I want to be more intentional about how I want to relate to people in my life,’” says Dr. Jessica Zitter, author of Extreme Measures: Finding a Better Path to the End of Life and an attending physician in critical-care and palliative care medicine at Highland Hospital in Oakland, California, “Death should really be seen as the last opportunity that you have to make amends and clean things up before you’re in the next world, wherever that might be.”

The end-of-life period can spark honest, soul-baring conversations that let people grow together emotionally while reminiscing, apologizing, forgiving, thanking, or recognizing the efforts of their most cherished relatives and friends. Such talks can be especially meaningful if they’re initiated by someone who doesn’t usually talk about his or her feelings.

“These conversations are refreshing and calming to the souls of all who engage,” says Hattie Bryant, author of I’ll Have It My Way: Taking Control of End-of-Life Decisions. “If the dying person says words that the loved ones around are not used to hearing, it can open up a new and deeper path.”

Sometimes palliative care physicians will help their patients with life-threatening conditions facilitate these conversations, steering them in directions that can bridge differences, highlight commonalities, and allow people to grow closer. It’s ideal to have these conversations during the final weeks or months of life rather than waiting until the last possible moment.

“We always think we are going to have more time than we do,” says Zitter, who appeared in the Academy Award-nominated short documentary Extremis, about end-of-life decisions and conversations. “I see so many patients who get caught off-guard by those final days, to the point where something happens, they deteriorate; they can’t speak anymore; they aren’t alert. You don’t want to wait until those final days because it may be too late by then.”

The Start of an End-of-Life Conversation

When someone at the end of life opens up about his or her feelings, it can initiate an emotional conversation, with everyone sharing perspectives to gain a greater understanding of each other’s feelings. And if one person says, “I love you,” the other person may return the sentiment, which brings greater depth to the relationship. The further the talks go, the greater the intimacy of the relationship may increase.

“I’ve seen it go any number of ways,” Zitter says. “A dialogue. One-sided. Over the phone — for people who aren’t going to have the chance to see each other again.”

Some terminally-ill patients want to have emotional conversations but can’t get the words out because their relatives cut them off.

“A lot of people say, ‘Every time I want to talk to my kids, they put their fingers in their ears and say, ‘You’re not going to die’,” Zitter says. “When someone is coming to you with that feeling, you want to open up and listen and support, not deny the sentiments that are bringing to you.”

It takes a certain amount of bravery to initiate these conversations. Not everyone is able to bare a soul this way — especially if someone is in denial about his or her diagnosis or prognosis. So honor your loved one by listening.

“The problem is: So many in America today don’t have these discussions, as they are too busy thinking they are going to be cured,” Bryant says. “Our goal should be not to die fighting a disease but to die loving people.”

Nearly 10 years after his mother’s death, Sernovitz is still awed by the meaningful conversation he had with his mom when she sang about her feelings.

“It was such a powerful moment,” Sernovitz says. “We have to really pay attention to what people say because we never know what messages they’re trying to send us.”

Bethesda offers hospice care services throughout the St. Louis area. To learn more about these services, contact us today or visit our blog to read more about end-of-life conversations.

By Lisa Fields for Next Avenue. 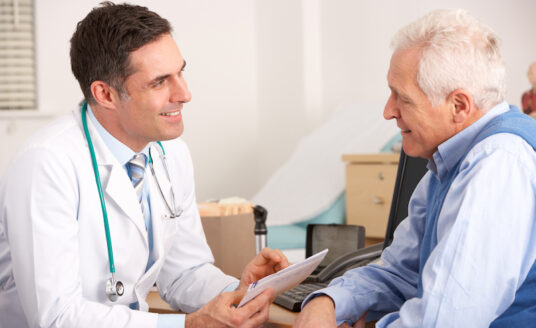 Top Reasons Seniors are Readmitted to the Hospital 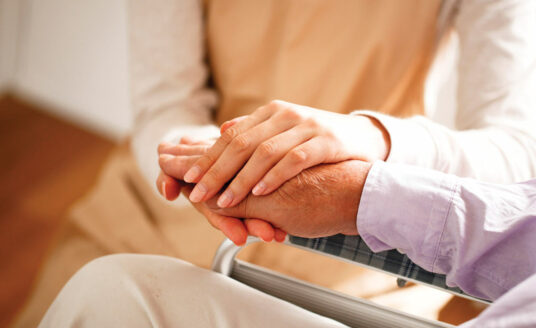 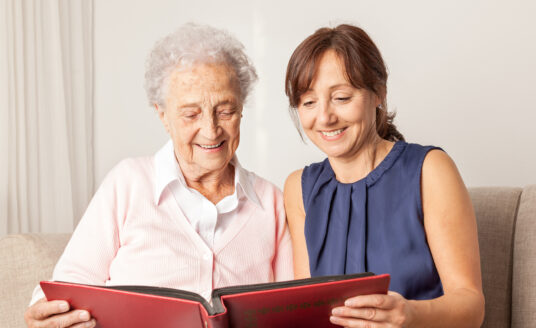