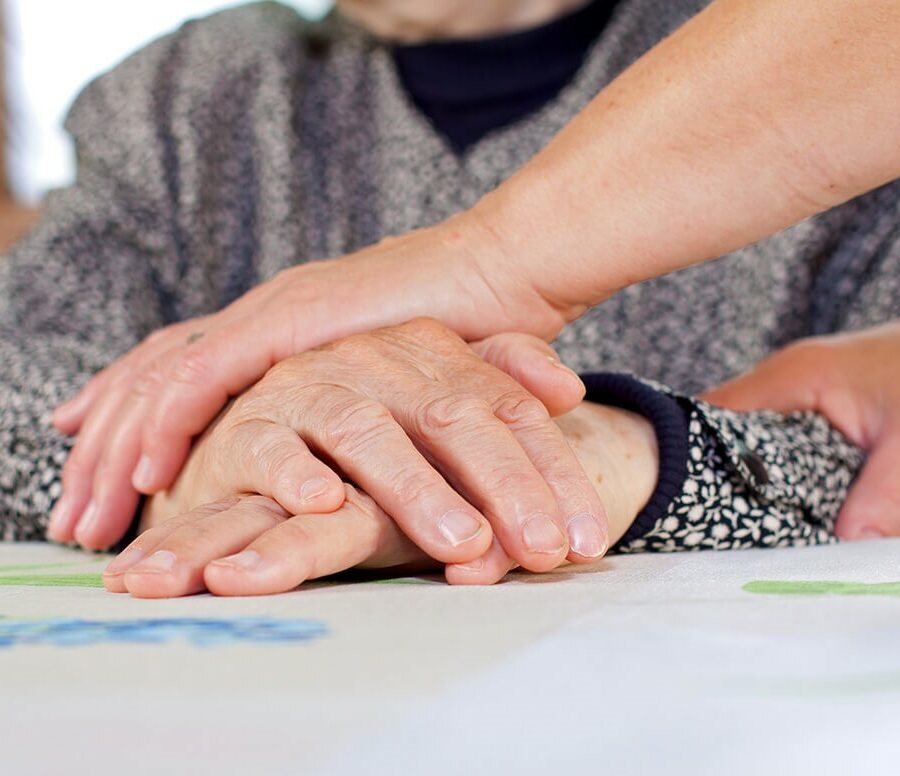 This week marks the 25th anniversary of the Family and Medical Leave Act (FMLA), which allows employees to take up to 12 weeks of unpaid time off from work to care for a new child or sick relative or to manage their own serious medical condition without fear of losing their job. The biggest cause for celebration, however, isn’t for what the law has accomplished over the past quarter century, but rather what may come next.

“Momentum is clearly growing among policymakers and employers for an expansion of the law that will include paid leave,” says Lynn Friss Feinberg, a senior strategic policy adviser for the AARP Public Policy Institute. “It’s increasingly seen as a bipartisan issue.”

What Could Help America’s Family Caregivers

That would be especially good news for the nation’s 24 million family caregivers who hold down a job while looking after an ailing family member. Employees who take a leave after having a baby or to deal with their own health issues may be able to partially fund that time off with state- or employer-provided short-term disability insurance, but that option isn’t available when you’re caring for a senior loved one.

That is, if they’re even eligible for time off under the FMLA to begin with. Businesses with fewer than 50 employees are exempt and recent hires and part-time workers are excluded. The upshot: Only about 60 percent of the workforce qualifies for unpaid time off.

If you need time off to care for your spouse or an older relative, here are five important things to know about what the law can and can’t do for you — and the changes that may lie ahead:

“People often assume the law only applies to moms and babies, but the most common use is to deal with your own health issue,” says Vicki Shabo, vice president for workplace policies and strategies at the National Partnership for Women & Families.

In fact, more than half of the employees who took a leave over a 12-month period used the time to manage their own illness, according to a Department of Labor survey. The second most common reason was to care for a new child (cited by 21 percent); 18 percent needed time off to help a senior parent, spouse, or child with health problems.

Yet as the public discussion over paid leave heats up, parental leave and family leave are still often conflated. In his State of the Union address, for instance, President Donald Trump called on Congress and the country to “support working families by supporting paid family leave.” But the proposal he included in his budget last year was limited to paid time off for new parents.

Says Shabo: “It’s important to look beyond the language at the comprehensiveness of a proposal or policy to make sure it includes all of the FMLA reasons.” More about such proposals shortly.

2. You can’t use the federal law to care for your father-in-law or mother-in-law.

You typically can’t get time off under the FMLA to help your brother, sister, grandmother, grandfather or adult child either. That’s because the law narrowly defines “family” as a spouse, parent, or child under 18 years old.

Exceptions are made for a relative or other person who helped raise you as a minor by providing substantial day-to-day or financial support, and for a grown child who is severely disabled.

All told, more than one-third of family caregivers provide help for an adult family member who falls outside of the FMLA’s parameters, according to a National Alliance for Caregiving and AARP report.

3. You may get more family-leave help from your state or city than from the federal government.

States have been the pioneers in pushing family leave laws beyond the boundaries set by the FMLA.

About a quarter of states have protections for unpaid leave that go beyond the FMLA, providing coverage for people who work for small businesses, extending time off beyond 12 weeks or defining family more broadly to include grandparents, in-laws, and other relatives. (A summary of the state rules is in this National Partnership report.)

Meanwhile, paid sick days are now available for family caregiving duties in nine states and 35 localities. These help with some common caregiving tasks that may not be covered under the family leave law, such as taking Dad to a doctor’s appointment or getting Aunt Emily settled in at a new care facility.

If you are a senior caregiver in the St. Louis area who needs a helping hand, Bethesda’s Care Management and Senior Support Solutions services can provide assistance with the senior’s daily living tasks.

Plus, a handful of states now have paid family leave policies, including California, New Jersey, Rhode Island and New York. Bills passed last year by Washington and the District of Columbia are scheduled to take effect in 2019 and 2020.

The California law, as an example, replaces 60 to 70 percent of wages for up to six weeks; the New York law now offers up to eight weeks with 50 percent of pay and will expand to 12 weeks at 67 percent of pay when it’s fully implemented in 2021. (Details on the state programs are here.)

Look for more states to hop on the bandwagon. Shabo says Massachusetts is likely to pass a paid family leave law this year, and campaigns are heating up in Colorado, New Hampshire, Oregon, and Vermont.

4. Employers are lagging on paid leave for family caregivers.

More than 100 leading and brand-name companies — such as Deloitte, Facebook, Microsoft, and Nike — have added or expanded paid leave policies in the past three years, but still only 13 percent of private-sector employees are covered, the Bureau of Labor Statistics reports.

Worse yet for anyone caring for parent or spouse with health problems: Most of the new corporate programs, despite being called “family leave,” only cover new parents; just 20 percent include provisions for family caregivers. Those that do often fall woefully short of need, with many capping replacement pay at two weeks or less — a mere three days in the case of Capital One and four days for FMC, according to a National Partnership report.

Still, AARP’s Feinberg is hopeful that demographics and personal experience will motivate more companies to cover family caregivers in the future.

“By 2024, nearly one in four people in the labor force will be age 55 and older, including midlife and older women who are more likely to take on a caregiving role,” she notes. “More people in C-suites are being personally affected by caregiving challenges too, and that will help drive awareness of the need for paid leave policies across the lifespan of working families.”

5. More federal help may be coming (emphasis on may).

As part of the new tax law, starting in 2018, employers that provide paid family and medical leave to workers who earn less than $72,000 a year are now eligible for a tax credit of 12.5 to 25 percent of the cost of each hour of paid leave, depending on how much of the worker’s earnings the benefit replaces. Employers must compensate workers for at least 50 percent of their regular earnings.

Critics point out that the leave can be as little as two weeks, employers are only required to cover one or more of the purposes outlined in the FMLA, the tax credit is scheduled to end in two years, and it only covers caring for the family members in the original FMLA law (in other words, no credit for assisting an in-law, a grandparent, a brother, a sister, or an adult child).

Also troubling: “Economists across the ideological spectrum agree that the provision is unlikely to incentivize new policies to be put in place but rather will just be a subsidy for employers with existing policies,” says Shabo. That echoes the conclusion of 14 experts in a joint report on paid family leave from the American Enterprise Institute and the Brookings Institution last year.

Caregiving experts are more enthusiastic, however, about the growing number of supporters for the Family and Medical Insurance Leave (FAMILY) Act, introduced five years ago by Sen. Kirsten Gillibrand (D.-N.Y.) and Rep. Rosa DeLauro (D.-Conn.) and now co-sponsored by an additional 28 senators and 146 representatives.

The bill would allow workers at any size employer to get up to 66 percent of their pay for as many as 12 weeks of leave to manage serious family or medical issues for care of a child, parent, spouse, or domestic partner. The program would be funded through small employer and employee contributions of 0.2 percent of wages each, up to a cap of $128,400 in wages in 2018 (about $1.50 a week for a typical worker), with self-employed people paying both parts, as they do now with contributions to Social Security.

Among Republicans, Sen. Marco Rubio (R.-Fla.) is working with Ivanka Trump on a proposal that would let workers who want to take parental leave tap into their Social Security benefits to fund it, then delay getting payouts at retirement age by the time off taken. For example, according to Politico, someone who’d begin receiving full Social Security benefits at 67 but wants to take six weeks of paid leave wouldn’t start claiming Social Security until six weeks after turning 67.

Critics point out this poses particular risk for women, who are more likely than men to take time out of the workforce for caregiving, are more reliant on Social Security for income in retirement, and are more apt to struggle financially as they age.

No one is placing bets yet on which plan, if any, will actually pass.

Advocates like Shabo worry that the idea that something is better than nothing could lead to a program that leaves out large groups of family caregivers, sets length and wage replacement limits too low, or doesn’t provide for an adequate and sustainable method of funding.

“This is a huge moment of opportunity,” she says. “But the stakes for getting a policy right, one that is reflective of the needs of the entire U.S. workforce and their families, have never been higher.”

At Bethesda, we know that taking family leave is not always an option to care for your senior parent. If you are taking on the role of family caregiver for your aging parent, contact Bethesda at 314-800-1911 to learn more about our Senior Support Solutions and Care Management services offered in the St. Louis Area.

By Diane Harris for Next Avenue 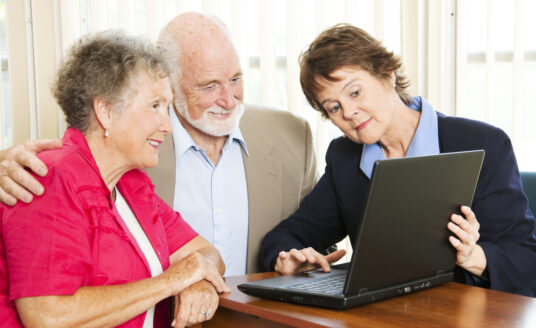 How to Prepare for Medicare Open Enrollment 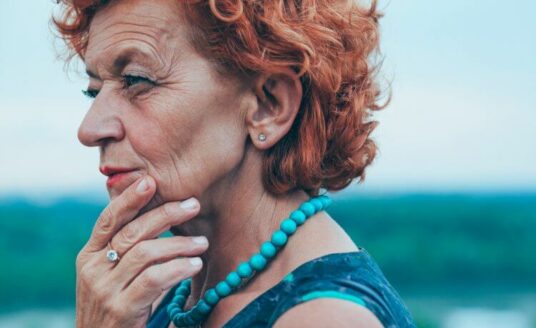 The Negative Effects of Elderspeak 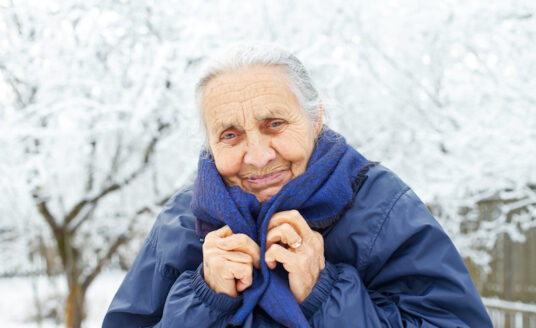