My 15 Minutes of Flight in the Bethesda Health Group Balloon 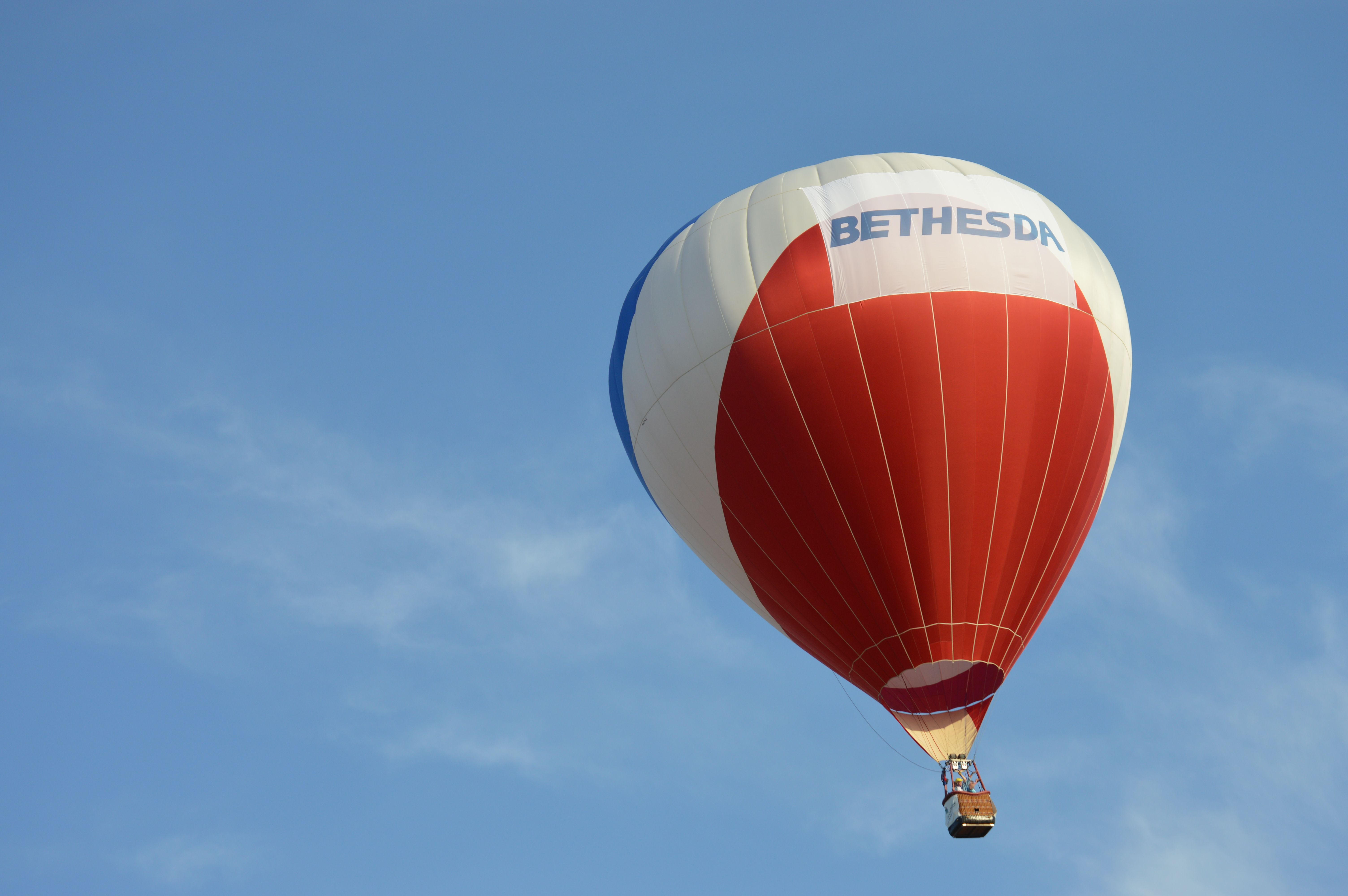 I think it was about 5:10 p.m. on Saturday, Sept. 20 when Kenny Weiner, the pilot of “Independence,” the hot air balloon that Bethesda had sponsored in the 2014 Great Forest Park Balloon Race, decided that we were going to fly.

And when I say we, I mean me. I was going to be among the fortunate few who flew in a hot air balloon after helping inflate it!

Bethesda sponsored the balloon as part of our 125th Anniversary Celebration, which occurred in 2014. I had volunteered, along with my Bethesda teammates Angela Horton, Lea Ann Coates and Kelly Maier, for the Bethesda launch crew, where we helped inflate and deflate the Bethesda balloon at both the Balloon Glow on Friday night and the race on Saturday.

But when we arrived on Saturday afternoon, there was doubt as to whether we would fly. Kenny had gauging the winds and checking the forecast all afternoon. As it was, nearly 50% of the balloons, including the Energizer Bunny lead balloon, remained on the ground. But ultimately Kenny was convinced it was safe, which meant that we were going to fly.

But I was going to fly. And fly we did!

Truth be told, I was a little nervous, especially as we left the ground. But I’ll never forget the beautiful scenery as we made our way from the ground to an altitude of approximately 1500 feet. I’ll never forget how fast the balloon seemed to leave the ground, and watching my Bethesda teammates wave as they became smaller and smaller. I recall putting my camera down and looking at the horizon, and realizing that our balloon was higher than the Arch (so I knew we were at least 630 feet high!).

I also recall looking straight down at the ground below. I don’t have a fear of heights, but I didn’t do that again!

We landed in Fairgrounds Park in North St. Louis, and were greeted by approximately 50 people thrilled to see a hot air balloon up close. The Race ended up in Granite City, but winning was never our goal, especially when the winds picked up and Kenny thought it best to find a safe place to land.

At our fastest, we traveled 16 miles per hour. We were in the air for just over 15 minutes. We chronicled the experience from land and air, which can be seen here.

And I was fortunate enough to enjoy the experience of a lifetime!

Stay Up to Date on All Bethesda’s Special Events 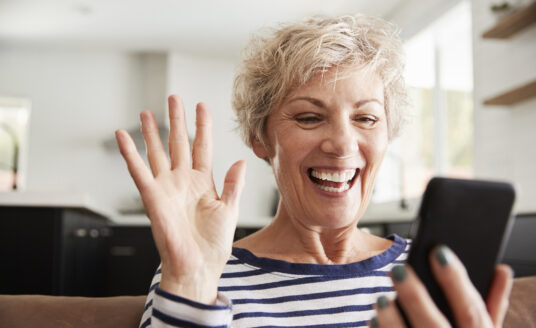 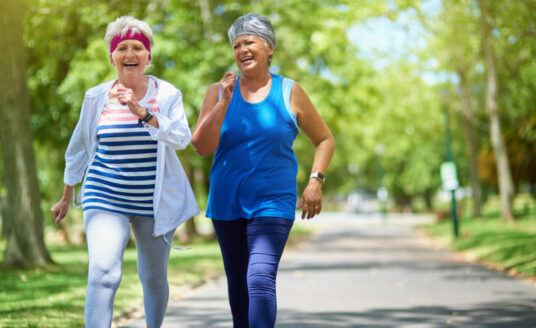 How Older Adults Can Stay Energized

Be a part of History – Join the Bethesda Human 125