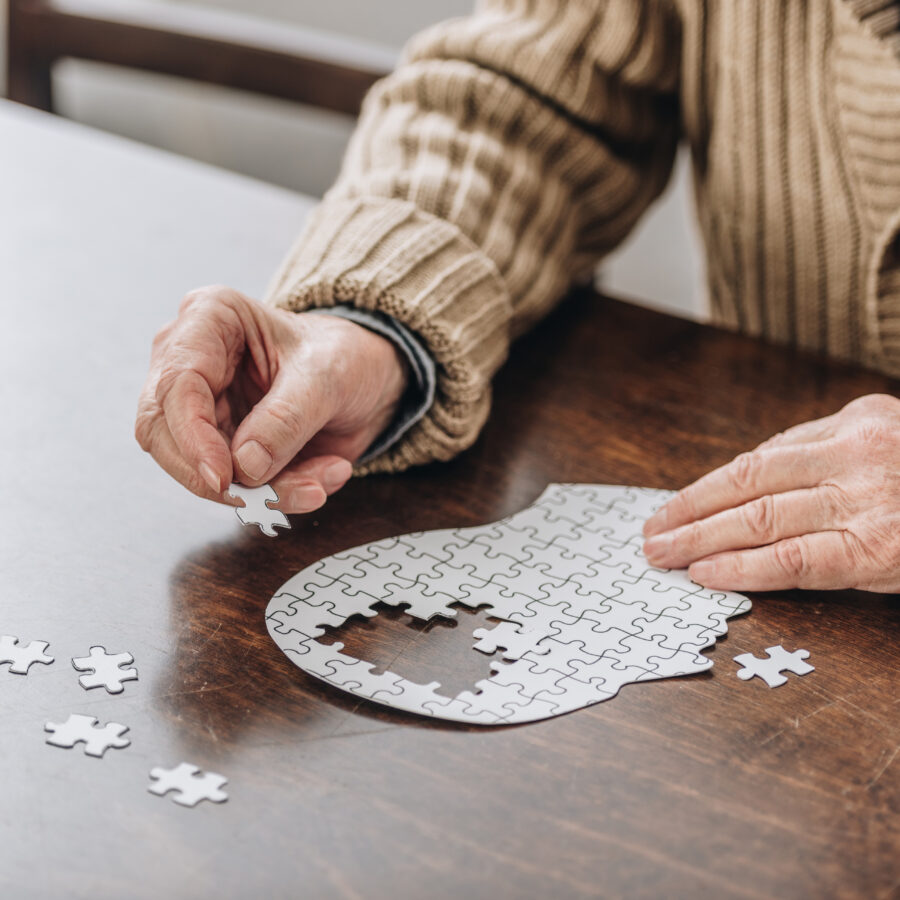 Our Brains Need Exercise, Too

The basics of heart health have been drilled into our brains: Eat less saturated fat. Keep moving. Know your “numbers” for cholesterol, blood pressure, and BMI.

But what about that brain itself? Although life expectancy has more than doubled since 1900, our “mindspan”—how long we stay cognitively healthy—hasn’t kept pace.

Forgetfulness, slower processing, and feeling less sharp plague most of us as we age. One in five people develops mild cognitive impairment, a decline in thinking skills beyond normal aging, which may or may not advance to dementia. After 65, your odds of developing Alzheimer’s disease are one in 10.

It doesn’t have to be that way, mounting research suggests.

Time and genetics alone don’t erode brain functions. How we spend our lives managing the modifiable risk factors that affect our genes is highly significant for our brain health, researchers say.

That’s why you’re likely to hear a lot more in the coming years about brain health and what you can do for your own. Educating the public on this is, in fact, one of the four core purposes of the Centers for Disease Control’s Healthy Brain Initiative, which recently kicked off its 2018-2023 road map for public health agencies, says program leader Lisa McGuire.

Brain Health: Stop Thinking There’s Nothing You Can Do

“Awareness of the steps to improve cognitive brain function is at least a generation behind that of heart health,” says cognitive neuroscientist Sandra Bond Chapman, director of the Center for Brain Health at the University of Texas at Dallas.

When our fathers and grandparents died of a heart attack or stroke, we chalked it up to tragic luck. Clogged arteries, high blood pressure, and high cholesterol were considered normal features of aging before 1948, when Congress commissioned researchers to begin tracking the cardiovascular lives of some 5,200 residents of Framingham, MA.

Today, it’s the brain we’re in the dark about. In a review of public awareness studies by PLOS One, a nonprofit, peer-reviewed, online scientific journal, nearly half of the respondents mistakenly believed Alzheimer’s disease is a normal process of aging that you can’t do anything about. In reality, a third or more of dementia cases can be delayed or prevented by lifestyle factors, according to a 2017 report sponsored by the Lancet Commission on Dementia Prevention, Intervention and Care.

Read on to find out what we can do to help our brains stay in shape.

Use Brain Health to Motivate Your Health Habits

Advances in neuroimaging kicked off this new era of brain health by allowing scientists to see inside the brain. Intervention studies on how lifestyle affects brain function are newer still.

One of the largest such investigations to date, the BrainHealth Project, launched in December. Researchers across more than a dozen institutions will study 120,000 subjects to find out how cognitive training, sleep, nutrition, exercise, and more can extend mental strength over time.

What’s already clear: All health roads lead to the brain. “The No. 1 cause of cognitive decline is healthy people letting their brains decline,” says Chapman, the BrainHealth Project’s director.

That’s powerful motivation the next time you’re tempted to skip a workout or not opt for a healthy meal, do nothing about stress or loneliness, or avoid treatment for conditions like depression, anxiety, diabetes, and sleep apnea. Effects of all of these choices, and many others, travel north.

Resist Too Much Habit and Routine

A particular challenge from midlife and beyond is the brain’s natural inclination to steer toward efficiency. It figures out the easiest, most comfortable ways to get something done and hits repeat.

But while toweling dry in the same mechanical pattern every morning allows you to get on with the day quickly, running your whole life as a creature of habit—doing the same things, seeing the same people—deprives the brain of something else it craves: newness and challenge.

Hallmarks of brain-stimulating activities that improve cognitive abilities, according to a 2017 report by the Global Council on Brain Health (GCBH) are novelty, high engagement, mental challenge, and enjoyableness.

If you like crosswords, fine, but push beyond to new games and challenges. Good examples from the GCBH: Tai chi, researching genealogy, picking up an old hobby you dropped, making art, and community volunteering. When activities include a social component, so much the better.

Be Aggressive About Blood Pressure

In 2018, a groundbreaking study became the latest persuasive link between heart health and brain health. Researchers at Wake Forest University in Winston-Salem, NC, showed for the first time that lowering blood pressure can significantly reduce the risk of mild cognitive impairment (MCI).

Standard medical care had long included a systolic blood pressure of above 140 as the target defining hypertension and requiring treatment. (Systolic pressure is the first number in a blood pressure reading, as in “140 over 80.”) In 2017, that definition was revised to 130 by the American Heart Association and American College of Cardiology.

The recent, long-term, large-scale SPRINT-MIND clinical trial, sponsored by the National Institutes of Health, found that the more aggressively high blood pressure was treated toward reaching a systolic pressure below 120, the lower the risk of MCI. Treatment measures included a combination of not smoking, medication management, nutrition counseling, social and cognitive stimulation, and exercise.

Work Your Brain Harder, But Not by Multitasking

Your brain grooves on doing—but only one thing at a time. Multitasking stresses it.

Researchers say one better alternative is a cognitive exercise called “strategic attention.” The Strategic Memory Advanced Reasoning Training program at the University of Texas at Dallas, advises this: Every day, pick two substantial tasks requiring fairly deep thinking. They might be tracking and analyzing your household budget, planning a vacation, writing a memo, or following a complex new recipe.

Then carve out two 30-minute sessions to focus without interruption. Turn off email alerts. Shut the door. No quick scrolls through your news feed that will take you off your task. It takes up to 20 minutes to refocus after a disruption.

Over time, you’ll find that you’ll achieve much more, and much more quickly, with improved attention. It’s the equivalent to your brain of a good workout at the gym.

Do (the Right Kind of) Nothing

It’s not all about activity. The brain needs two kinds of downtime to function optimally: rest and sleep.

Not least, there’s sleep itself. Our awareness of how important it is to the brain grew with the discovery of the body’s glymphatic system—a kind of internal trash-hauling system—less than a decade ago. The system’s pace increases by over 60 percent during sleep, a possible link to why getting more sleep is linked with a reduced dementia risk. Alzheimer’s prevention experts recommend eight to nine hours a night, Isaacson says.

Bethesda is dedicated to providing the best level of care for seniors experiencing memory loss. To learn more, contact us today and find more health and wellness tips on our blog.

By Paula Spencer Scott for Next Avenue. 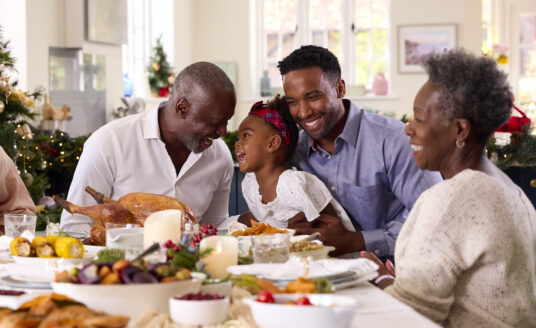 How Seniors Can Manage Their Diabetes During the Holidays 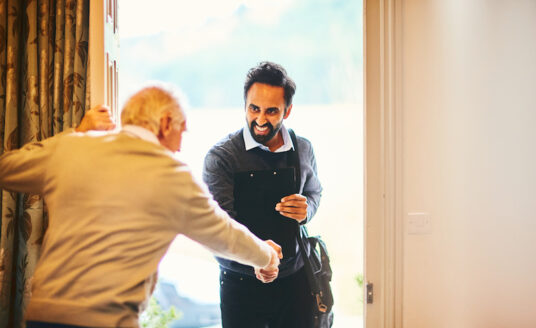 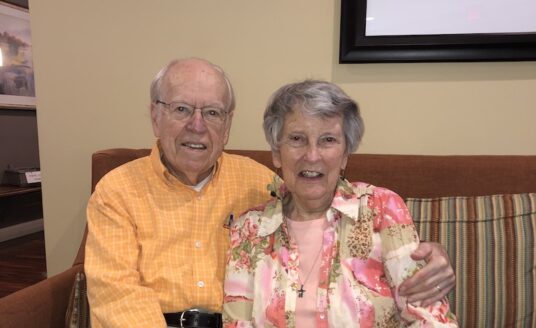