Should You Continue to Get Health Screenings After 60? Skip to content

Should You Continue to Get Health Screenings After 60?

After a certain age, some screenings may not offer any benefit.

Old habits are hard to break. One Florida octogenarian has been getting Pap tests ever since doctors started using the cervical cancer screening tool in the 1940s and doesn’t plan to stop, her daughter says. Yet, the American Cancer Society and the U.S. Preventive Services Task Force advise against this screening for women older than 65 who are “low-risk”, or those who have had a series of normal Pap tests and are in a stable relationship.

Women and men who have been screened for cancers and other conditions for decades sometimes resist stopping, even though they’ve reached the age where the harms—including anxiety over a falsely positive test—might outweigh the benefits. 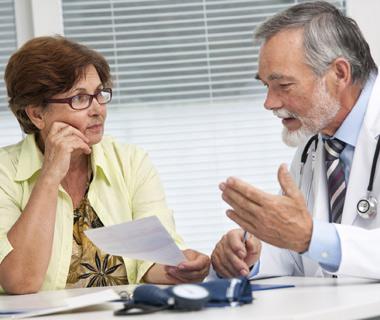 He is not swayed by a recent study in the Cancer Society’s journal, Cancer, concluding that cervical cancer is more common in women in their late 60s than previously thought. University of Maryland researchers say cervical cancer actually peaks at age 65 to 69 and that screening guidelines may need to be reconsidered.

Brawley maintains that women who are diagnosed with cervical cancer in their 60s have had a series of abnormal Pap tests or haven’t been screened for a decade or more, either of which would disqualify them from stopping screening at 65 under current guidelines.

The Factors You Should Consider Before Stopping Health Screenings

Before stopping health screenings, there are other factors to consider. First and foremost, your own health.

Dr. Albert Siu, who serves as co-vice chair of the U.S. Preventive Services Task Force, a panel that makes recommendations about preventive care for primary care doctors, says of screenings, “In many cases, we recognize that this is a personal decision between the patient and the doctor. The issue really differs by cancer.” Siu, who is also the chairman of geriatrics and palliative medicine at Mount Sinai Hospital in New York, agrees with Brawley that screening low-risk women past age 65 for cervical cancer “is of no benefit. There’s nothing to be gained.”

But with some cancer, Siu says there’s uncertainty about how effective screenings might be for people in their 80s and beyond because they haven’t been studied. Another factor that should be considered is what other medical conditions the patient has, he says.

Here’s what guidelines say about when to stop screening for these three cancers:

In many men, prostate cancer is so slow-growing that they might never develop symptoms and end up dying of something else. That’s one reason the U.S. Preventive Services Task Force recommends against screening men of any age with the prostate specific antigen (PSA) test.

The American Urological Association recommends that men 55 to 69 discuss the risks and benefits of PSA screening tests with their doctors before deciding whether to be screened. The urologists’ group doesn’t recommend routine PSA screening in men 70 and older.

According to the American Cancer Society’s guidelines, men at average risk for prostate cancer should begin learning about the risks and benefits of screening at age 50 and continue to be given the option of screening as long as their life expectancy is at least 10 more years.

Both the American Cancer Society and the U.S. Preventive Services Task Force are revisiting their recommendations about mammograms. For now, the Cancer Society says women should continue to get mammograms regardless of their age as long as they don’t have serious chronic health problems such as dementia or short life expectancies.

“Our guidelines are a little weak in this area,” Brawley acknowledges, noting that updated guidelines, expected late this year or early next year, will include more specific language about when to stop screening mammograms.

The U.S. Preventive Services Task Force currently recommends that women get mammograms every two years from ages 50 through 74 and notes that there is insufficient scientific evidence to assess the harms and benefits of screening women 75 and older. The task force just started updating its guidelines, Siu says, a process that typically takes two or three years.

If a colonoscopy at age 55 or 60 shows that your colon is normal, you’re unlikely ever to develop colorectal cancer, Brawley says. “There [in the continuation of screening], we are incredibly weak about our recommendations,” he says. “We could be stronger.” For now, the American Cancer Society recommends a screening colonoscopy every 10 years, with no upper age limit, for people at average risk.

“We want to leave it a little open and individualized,” Brawley says, noting that removing polyps destined to become cancer in healthy people in their 80s could save them from being diagnosed with colorectal cancer in their 90s. Screening with a stool blood test is effective and costs 1/100th the price of a colonoscopy, he adds.

The U.S. Preventive Services Task Force, which is in the process of updating its guidelines, currently recommends against routine colorectal cancer screening in people 76 through 85, although screening some individuals in that age group might be justified. According to the task force, people older than 85 should not be screened.

The bottom line: consult with your doctor to help you decide which screenings are right for you.

How to Keep Your Senior Care Support Network Strong

You Can Find More Senior Health & Wellness Tips on Our Blog 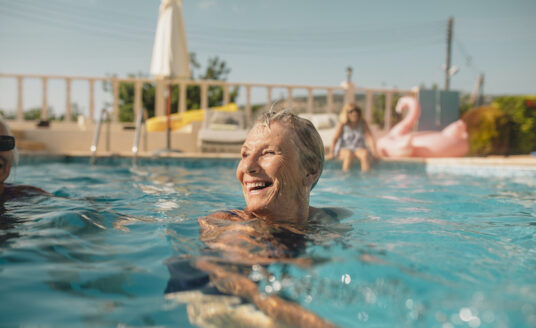 How Seniors Can Stay Active in the Heat