Aging Gracefully & Living Life to the Fullest Skip to content

My 15-year-old son Evan walked off the tennis court triumphantly, as if he had just won the U.S. Open. Up to that point, our matches had always ended in a tie. I made sure of that or, rather, I could make sure of that. 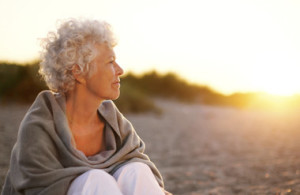 Now, toweling off while feeling an unfamiliar tug on my heart, I said to him, “Hey, Ev, did you ever wonder why the score always remained the same in our tennis matches over the years?” Then, in a suggestive whisper, I continued: “Maybe you could continue that trend—gracefully?” He didn’t respond, but I knew his answer and it was deafening.

Walking back to the car, I was consumed by the thought that my relationship with Evan (and with my life generally) was clearly at a crossroads. Staying positive as I aged would require letting go of capacities that were diminishing and embracing ones that were expanding.

Here are five secrets I’ve learned along the way that helped turn my experience of aging from a sense of loss into a sense of gain. Easy transition? No! Gratifying? Mostly!

1. Learn to Accept Life as It Is

There is no end to the expanding benefits of embracing life on its own terms. If I hadn’t accepted my inevitable decline in physical acuity—the awareness of which began on the tennis court that day—it would have led to nothing but suffering. Instead, by refocusing my attention on supporting, even celebrating, my son’s physical ascension from boy to early manhood, I was able to walk away from “defeat” feeling relatively good.

This shift in my mindset allowed me to interpret the situation, and many others that have followed, as a smooth, downhill coast, rather than a long, uphill trudge. It really is as simple, and as difficult, as just accepting what is.

Complacency is the enemy of feeling alive and vibrant. Unfortunately, it’s all too easy to unknowingly slide into what is safe and familiar, especially as we age.

Risk and its kissing cousin, Change, is the counterbalance and must be willingly embraced or we wither on the vine. Make a commitment to move into something new that has an edge for you.

At 63, after divesting from my successful software business, I sold my house, moved out of my community, bought an ocean-going sailboat and with no destination in mind, began sailing up and down the east coast of America. Along the way, I experienced fiery romantic trails, a deepening bond with my son, emerging spiritual insights and the blaze of self-transformation.

It was certainly tough at time, but today, at 68, I feel alive and ten years younger.

3. Settle into Your Body and Open Your Heart

Most of us spend years in the workplace perfecting our strategic minds and essentially living in the future. But engaging ourselves with vitality and gusto in the years after working full-time requires that we more fully occupy our bodies and hearts, which root us in the present moment—the only place where we can feel truly connected to our life experience.

To practice, try engaging anything that is sensation-oriented such as exercise, sex, or even falling in love—and not just with another person, but with life itself.

The end of my mother’s life was filled with fear that was drawn out over many years. At first, I tried to mitigate her pain using talking strategies, which only exacerbated the frustration for both of us. Then when I was with her I began working on just breathing deeply and moving more into my heart. Overnight, the connection between us changed. We grew closer, her trust of me increased and I once again experienced the heartfelt juice of our mother/son relationship. Most noticeably, her suffering—and mine—decreased.

Many spiritual paths embrace the state of equanimity as their end point; that blissful place of being engaged without reactivity. Muting our temptation to be judgmental is key. Try dropping fully into the moment with as much empathy as is available to you—over and over again.

Several weeks ago, my friend Jason went a week without answering my increasingly urgent texts. At first I took his silence personally, which made me feel uncomfortable. Then, a moment of grace occurred: I dropped into my heart and wondered if he was okay. Rather than projecting more negative scenarios, I placed a call to a mutual friend, only to find out that Jason’s phone had died a week ago.

5. Soften the Edges of Your Identity

To paraphrase Carl Jung, “we spend the first half of our lives building up a sense of “I” and the second half tearing it down.” Inflexible trees snap in the wind. The more we protect who we think we are in the face of major life changes, the more we’re at odds with the natural flow.

So, let go. Loosen up and don’t take yourself too seriously. Learning to open yourself to the new you that emerges in every moment. I was able to do that on the tennis court many years ago. Ever since, it has become the ultimate win/win for both Evan and me.

How to Choose Between Adult Day Care & Long-Term Care 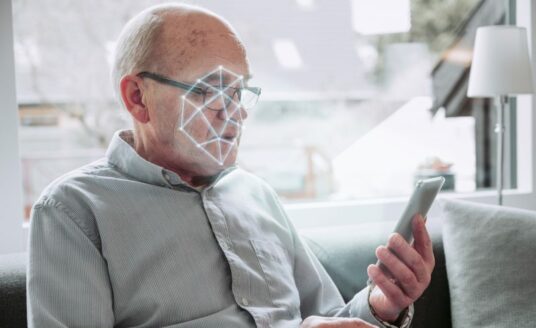 AI and Aging: Does Artificial Intelligence Help Us Age Better? 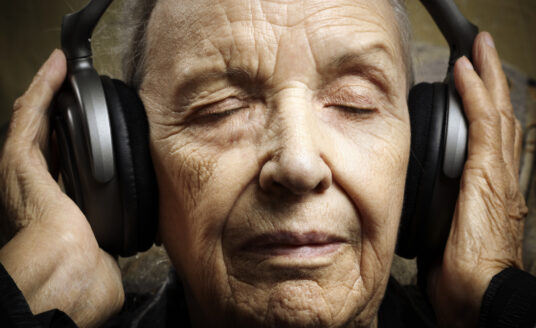