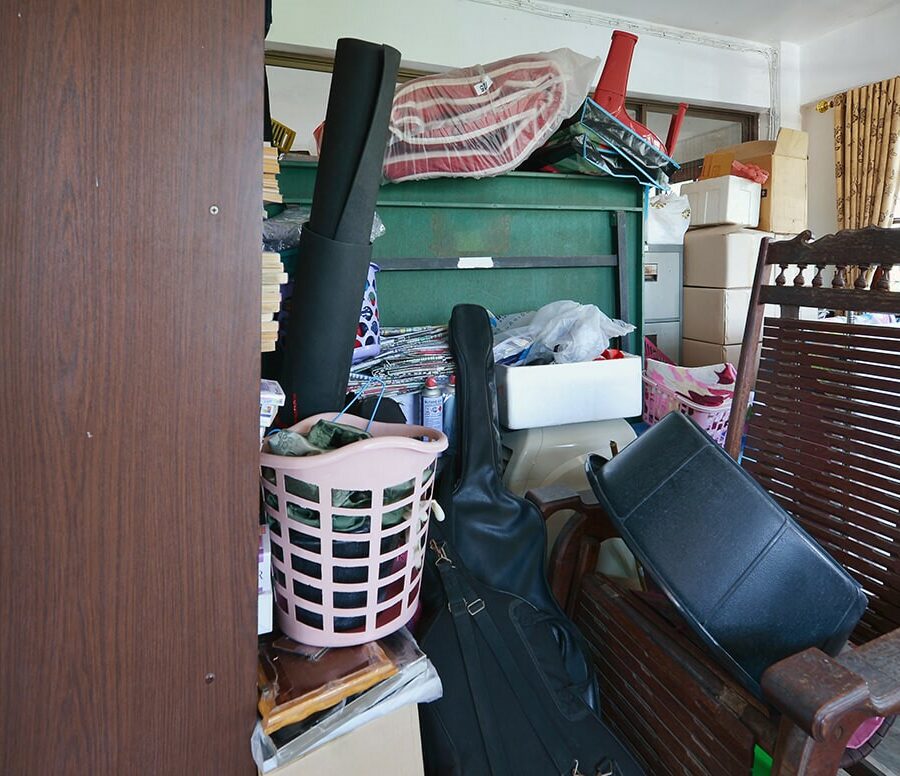 How to Cope With a Senior Who Hoards

The pain and frustration is palpable.

“I hired a maid… [My mother] didn’t talk to me for months. I filled two construction dumpsters full and there was still 2,400 square feet left to clean up. Eventually the maid quit when my Dad berated her for throwing away a plate with petrified ketchup gluing a dead mouse to it. That was the last time I tried to ‘help.’”

The comment, posted on a Children of Hoarders website discussion board, provides a glimpse into the daily lives of those with a parent or close senior who hoards.

It’s an all-too-common scenario: the adult child struggles to get his or her parent to clean out the house and stop bringing more stuff in, only to face resistance.

“What tends to happen … is that you’ve tried to solve the problem by arguing and by threatening and by demanding and it hasn’t worked,” said Michael Tompkins, a psychologist, co-director of the San Francisco Bay Area Center for Cognitive Therapy and author of Digging Out: Helping Your Loved One Manage Clutter, Hoarding & Compulsive Acquiring. “And so the result is the relationships get very damaged, and there’s a lot of resentment and mistrust and hurt feelings.”

Hoarding is not just excessive collecting or extreme messiness. Hoarding disorder was classified as a mental illness in 2013 in the fifth version of the Diagnostic and Statistical Manual of Mental Disorders.

“Though hoarding usually begins in childhood, seniors are particularly vulnerable to its consequences,” Tompkins said. They may be frail and prone to falls in a cluttered environment; malnourishment can worsen because kitchen clutter may make it hard to use a stove or countertop; the sensory “blunting” that comes with age may prevent them from knowing when food is rotten; dementia can worsen symptoms and they may become isolated. Emergency personnel often have a hard time accessing extremely cluttered homes, and the excess of accumulated items and trash pose a pest and fire hazard, both for the resident and for nearby neighbors.

Besides dementia, hoarding disorder is the only mental health disorder that increases in severity and prevalence with age according to Catherine Ayers, a specialist in geriatric hoarding, section chief of the Outpatient Mental Health Clinics La Jolla at the VA San Diego Healthcare System and an associate professor in the department of psychiatry at the University of California San Diego.

What’s more, hoarding disorder is difficult to treat, leaving family members at a loss as to what to do. But experts have found certain strategies that may help.

Understanding the Senior Who Hoards

One way to start is through education.

“The best thing that family members can do is really educate themselves on what hoarding disorder is,” Ayers said. “It is a psychiatric illness; it’s something that is treatable and it’s not the person just being lazy or messy.”

“Those with a hoarding disorder have some of the same reasons for acquiring and keeping things as anyone else: value or perceived value, aesthetics and utility,” Ayers said. “Older people generally focus on utility; they could tell you 50 different ways to use a bottle cap.”

But the attachments they have to the objects are fierce. And they place those values ahead of others.

“The value of ‘waste not, want not’ for most people would not be adhered to at the expense of social relationships or safety,” for example, said C. Alec Pollard, director of the Center for OCD and Anxiety-Related Disorders at St. Louis Behavioral Medicine Institute and professor emeritus at St. Louis University School of Medicine.

Seniors with hoarding disorder “tend to not recognize that their beliefs are dysfunctional or abnormal. And then [they] think the rest of us are wasteful or irresponsible or unethical,” Pollard said.

“Most adult children who reach out for help with a parent who hoards want to immediately get rid of the clutter. And they often want to get the parent into treatment,” Pollard said.

But something else must come first.

“Many times, the adult child is so stressed from the problem itself, and they are struggling with anger, resentment, guilt, anxiety, maybe even depression, that we help them first,” Pollard said. “Make sure that before they start to do anything strategic with the senior’s hoarding habits, they have to take care of themselves first.”

“Part of that self-care is to resume the activities you may have stopped because of your parent’s hoarding,” Pollard said. “Get together with friends, go to the gym, and make time for yourself.”

It’s also important to stop “accommodating” the hoarding behavior, which means protecting your loved one from the consequences of his or her actions, experts say. That means you shouldn’t clean up after your senior who hoards or pay bills that resulted from damage caused by the hoarding, because that breeds more resentment on your part.

Stop Fighting and Repair the Relationship

It’s common for adult children to take matters into their own hands — but that can do more harm than good.

“The classic story is they give Mom a 10-day cruise in the Bahamas,” Tompkins said. “While she’s gone, they come in and clean the place out without her consent. Instead of being happy, as the children may expect, the older adult feels betrayed.”

“Many times, this is a very traumatic experience for individuals because they had actually no influence over this. Their experience was that this was done to them,” he said.

“At that point, several things happen,” Tompkins said. “One is that the relationships that the senior had with his or her children are totally broken. There’s so much hurt and mistrust.”

“Other results: The older adult becomes less likely to leave the home, increasing his or her isolation. And the parent’s attachment to collected objects worsens,” Tompkins said.

Bec Belofsky Shuer acknowledged that family members of a senior who hoards can become “overwhelmed, resentful, absolutely frustrated and full of blame.” She and her husband, Lee Shuer — who calls himself “an excessive finder-keeper in recovery” — founded Mutual Support Consulting to offer help for others who want to keep their relationships intact.

Resources for Families of Seniors Who Hoard

The Shuers have developed and run peer-recovery workshops and facilitator trainings around the country based on the Buried in Treasures model. They urge family members of a senior who hoards to get them connected to services like care management or home health care, offered by organizations like Bethesda Health Group in the St. Louis area.

If older adults are at risk of eviction from their home, they may be able to temporarily delay it with the help of the Fair Housing Act and other laws. The federal law provides for a “reasonable accommodation” for people with disabilities, and those with hoarding disorder may qualify.

Another resource is the International OCD Foundation (hoarding was previously thought to be a type of obsessive-compulsive disorder), whose website includes hoarding information, advice about dealing with family members, and a resource directory for therapists and treatment programs.

If Not Treatment, Reduce the Harm

What if your parent refuses treatment? “Unfortunately, that’s not uncommon,” Tompkins said.

“Seniors with hoarding disorder are generally not open to treatment for the condition,” he said. The alternative approach is called harm reduction. “You embrace the assumption that as long as the behavior continues, we’re going to minimize the risk.”

That may include making a “contract” with your parent to work on the home. You agree to do it together, and you come up with guidelines. For example, you pledge that you won’t let go of any more than what’s necessary to keep your parent safe.

“When the situation is dire, a forced cleanout may be the only way to keep the older person from homelessness,” Tompkins said.

“It’s a very complicated problem,” he said. “Everybody’s in a really tough spot.”

Find more senior home safety tips from Bethesda or contact us to learn more about our Home Health and Care Management services in St. Louis.

By Emily Gurnon for Next Avenue 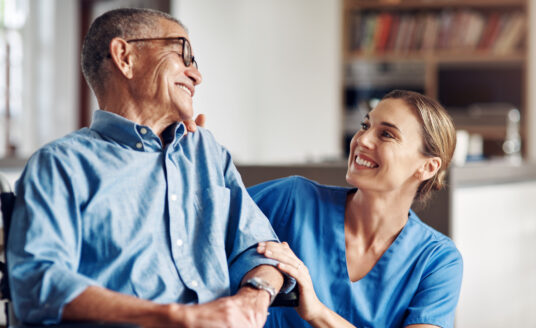 The Differences Between Assisted Living and Independent Living 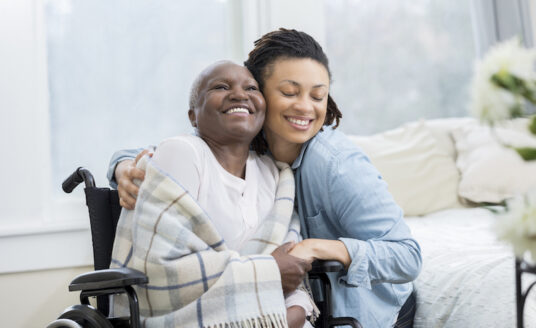 How to Stay Positive as a Senior Caregiver